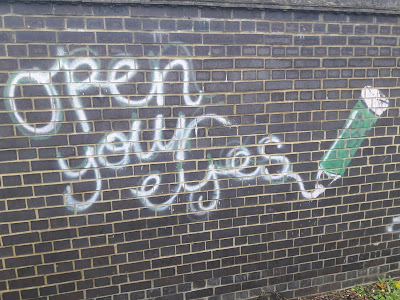 I have been away for a few years due to being attacked constantly, and had to investigate personally due to my homeland forces being controlled and manipulated. Here is a personal report on my attack and how it has effected my country and the world:

V2Ks is called voice to skull technology, this is also known as the "voice of god". Which can be used to send vocal information directly to the mind bypassing the ear. Sending an inner voice for the inner ear to hear. Jason Bennett gave the order to produce them for militant use against civilians.

The V2K has the effect of putting a person in a trance like state to insert inner speech into a person's mind at a very high volume, which make the person think they are speaking to a mighty being above them.

Sonic, Microwave And Radiation Weaponry:
Along with the V2K, sonic and radiation weaponry has been in use in the area. This can damage bones, organs, the brain and nervous system, especially in childen and unborn, and can leave residue radiation in attacked areas.
The sonic weaponry has been used in two ways, sonic guns and earthquake generators also known as thumpers.
The LRAD (Long range acoustic device) and sound weaponry is another name for sonic weaponry. Sonic weaponry can look as harmless as a normal music speaker or a speakerphone.
Effects Of Sonic Weaponry:
Effects Of Microwave Weaponry:
Effects of x-ray, gamma and alpha weaponry:
Effects Of V2K Weaponry:
"Brain Farms" Insain Asylums:
A number of insain asylum, after this group find a target they drive them insain using radioactive weaponry and the V2K, they get their target into one of these brain farming asylums. After that the target gets raped, they remove their brain.
Voice manipulation technology:
Along with the V2K, voice manipulating is used to impersonate people you know, and famous people, along with other characters like the devil.
Environmental Damage:
Using an over amped non directional V2K for a prolonged period of time has had an effect on bird songs within the locations under attack. The effect on the bird language had damaged mating calls, which leaves bird attacking each other.
This effect can be heard with the naked ear simply listen to bird songs. The damage done  on other animals in the blast range of a V2K is unknown.
Thumpers also known as earthquake generators which can have a massive effect on the wildlife below the earth aswell as creatures on earth surface.
The signal from V2K and thumpers effect a wide range of bird, animals and insects.
A list of animals that these weapons effect:
Rabbit, badgers, hedgehogs, foxs, worms,  bees, wasps, dragonflies and crickets.
Attacking any of these creatures in a mass number effects the numbers of other creatures drastically, a shortage of insects can lead to birds and other animals to drop in numbers.
Death in birds or predators of insect can lead to an over population in insects which can lead to more insects eating crops, effecting food supply.
The Biggest Psycological Terrorist Group In The World:
The information below contains the information of the biggest psycological terrorist group in the world consisting of the "New World Order" and the "Illuminati".
The hidden one percent of the world has been revealed from infiltrating the British Ministry of Defence and attacking British citizens with the V2K, sonic and radioactive weaponry to do illegal social and brain research.
Social control through religious indoctrination:
This group uses the V2K to pretend they are the creator from each individual religions to control people.
The V2K has the effect of putting a person in a trance like state to insert inner speech into a person's mind at a very high volume, which make the person think they are speaking to a mighty being above them. In this moment a person is susceptible to being controlled, as their core belief system is questioned.
During a V2K attack a person will be asked to question their belief system and their moral foundation, and when one moral is broken, the individual will start to question other morals, which leads to a downward spiral of destruction.
Video Evidence Of V2K Light Flicking:
A V2K hitting a light has a slight EMP effect which disturbs the electrical signal. Sound translated into an electromagnetic signal using a V2K interferes with the power flow in the circuit, causing the light flicker, transferring the signal in light.
As the light flicker a curtain part of brain picks up on these signals sent out by the light, translating the data into the brain on a subconscious level, where the indervidual sees sound data visually, not heard by the ear.