Hogglo Diablos have been rampaging around near Fort Argus! The super-sized creatures are the result of a series of genetic experiments performed by deranged criminal Gareth. 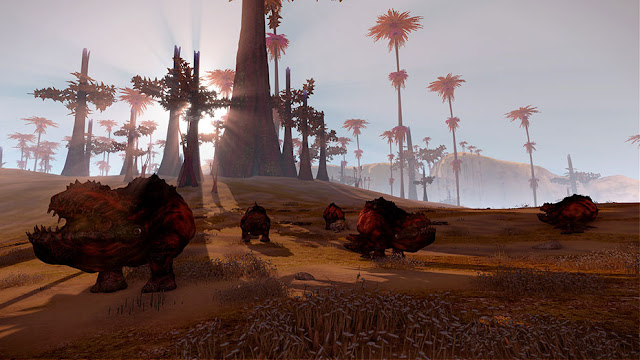 Even though Hogglos have once again been pushed back! Attacks so far have occurred near an abandoned outpost. The outpost and surrounding area are covered with white vents that protrude from the ground, indicating the presence of some kind of underground facility.

The door to each vent bears the Omegaton logo. When questioned about their connection to the outpost, Omegaton replied that they simply built the doors and did not assemble the outpost itself. Furthermore they said they had never owned the outpost. All entries regarding the building and ownership of the outpost are currently missing from official records.

Compet is available is on a number of systems, excluding any mention of windows mobile OS. Compet is now currently still awaiting on the release on iOS, a statement from creators say that the release of Compet on iOS is in its final phase and should be available shortly although no release date has been stated.

Many things have been implemented since the last time we had a detailed look at Compet, like recent addition of adding in PECs, just like Entropia PEDs and PECs, this will allow people to have battles at a lower prices and the new front page menu which allows you to jump strait into a battle, along with a loads of the new creatures to own. 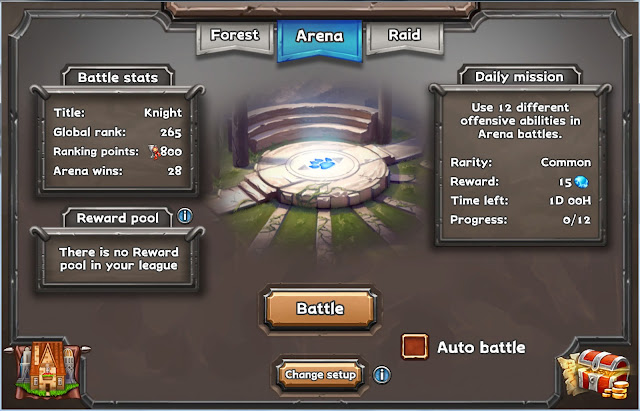 A small comment to the Compet deed holders indicates that the revenue payment system will be implemented after a number of tasks have been completed.

Assuming that deed payments start when the final product is being marketed to the general public, It has been stated that a number of things are to still being developed before marketing can begin. The Tournament and eSports system is currently in development which should widen the audience and appeal of Compet. Another major part of the concept is the “cross-platform” trading aspect. This feature is currently in development both in Entropia Universe and Compet. Additional language support will also be added for worldwide players and general optimization and fine tuning of game play.

In addition to all of this expect to see strongboxes and buff items called Trinkets. Not much was mentioned about this, but assuming them to be like Entropia Universe's strongboxes, we have an idea on what to expect.2

"MindArk has been monitoring the community discussions concerning so-called 'loot waves' and will implement changes in the Loot 2.0 and subsequent Version Updates that will address this issue by improving the distribution of resources and items, with the goal of ensuring that loot opportunities are more interesting, dynamic and fair for all participants"

This month MindArk has released a long awaited loot update that overhauled the way in which hunting loot is calculated and distributed, which will significantly improve overall loot returns for the vast majority of participants in the hunting profession. Although the current looting system has been released, there are some changes still being finalized and tested, therefore expect subsequent patches or version updates.

The loot calculations will be optimized and improved to better factor in the various costs associated with hunting activities, this includes healing, ammo consumption, buffs, tool and armor deterioration, attachments, and more.

A new economy rating parameter has been introduced on the item information screens of weapon, attachments and mindforce attack chips, on a scale of from 1 to 100, that indicates the efficiency of a tool and which influences loot calculations. This change from the once dominant damage/pec model will provide the design team at MindArk with more freedom to release exciting and interesting items with a wider range of damage output and special effects.

Since the update general loot return has improve from creature to creature, no more no loots, ammunition has been removed from hunting loot has been replaced with shrapnel. Expect the price of Nova and Blaza fragments to rise, as none as seen yet has been dropped.

A profession level requirement will be introduced for unlimited armors. Meeting the required level results in the armor offering full protection at all condition values. If the profession requirement is not met, armor works as before, with protection decreasing relative to condition.

Many of the changes seem to be well received by many, but a few are saying they miss getting more globals and would like to see more loot other than shrapnel.

A landmark moment occurred this month with “Gaina Messi91 Cristi” became the first ever avatar to reach the skill level of Entropia Master, attaining level 200 in the Laser Sniper (Hit) profession.

Posted by Felix Zell Shallow at Saturday, July 01, 2017 No comments: