In this month's publication of Entropiazine:
Entropia Market: What can happened in the year?
Compets: Ten days way from release!
Robot wars: What has happened to Orthos oil field?
President of Virtual Reality: The future of Entropia.

Entropia Market: What has happened in a year?

The last year has been and interesting year for the market prices of some of the items in the Entropia Universe. The webstore have finally sold out of Arkadia underground deeds (AUD) this year, and as expected the prices went up.

It has been two years since the web store opened for the sale of 200,000 deeds to the general public, originally each deed would of cost 50 PED on the web store, offering the ability to earn 5% of Arkadia Undergrounds profits divided between 200,000 deeds. After the final deeds were sold, the price instantly went up on the auction over night to 75 PED. Since then the price has slowly dropped back down to a steady 60 PED.

Arkadia is not the only deed to do well this year, Calypso land deeds have gone up in value by 130 PED since last year due to the land grab on the original deeds. Once a player has 10 Calypso land deeds, they can claim a property on calypso, adding an (X) on the end of the deed. These deed will still continue to produce revenue but will be lower in price on the auction by about 100 PED.

As for Compets, we are yet to see the pricing and payout times, the speculation is that it will be weekly payout just like the Calypso land deed. Just like Arkadia and Calypso before, the price on the auction will only be a two or three PEDs above the web shop price, and I would assume just like the other deeds before it, that when the web shop runs out, I expect the price to rise up to about 120 PED.

Force nexus, mind essence, and sweat have remained a steady price over the year. The current acceptable average price for swear is 1.7 PED per K among the sellers, but remember that anyone who sweats for a few PED is always looking for a few pec extra. A few people take advantage of desperate players looking for a quick sale to resell, and some players are willing to pay 2.0 PED per K.

Here is a bit of advice from an older player who remembers when sweat was 12 PED per K, this market is all supply and very little demand. If you sweat enough the buyers will come to you, older players looking to buy sweat know where the newer players hang out, so keep you eye out for the best buying price when sweating and sell for that price. The more you have from waiting, the better the PED you get over all from sweating.

Nutrio Bars have been sold the 260%-300% markup, costing almost 3 times the TT price, we are yet to see what happens after the android app is released in 10 days, currently everyone is stuffing their pets to have a funky companion anticipating whats to come next. The street price of fruit can be between 13ped - 15.5ped per K. The sweetstuff markup has remain very steady around 116% on auction over the last year.

Oil had a week of low sales, as low as 40.47 PED sold in one week this month causing the 110% price hike a few week ago, the price has returned to the usual 104-105%, with the robot invasion at Orthos oil field having very little to no effect on the market price compared to last year.

After hearing a few whispers from here and there about there being no more oil line at the small rig without killing robot, I just had to investigate... 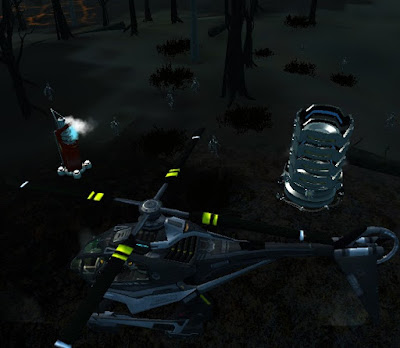 When I departed from Entropia last year, there only was the odd scouting robot attacking the famous line at the oil rig, before that, only other players attacked now and again, with the older and stronger characters protecting the line, it was no problem at all.

Suddenly the oil rig was attacked by a swarm of a slightly heavier class of robot. The robots built their own rigging structure, and today oil is only acquired from the rig by killing these robots. The protecting player and the riggers could not hold off the robot invasion leaving the oil field to the robots.

This major change has not had any effect on oil prices, and as with the flux of new colonist that will be arriving from Compets, new player will have to go back to earning skills and sweating.

President of Virtual Reality: The future of Entropia.

You may not know it yet, but "Jon NEVERDIE Jacobs" has set into motion a number of plans to be implemented by 2020!

So what does these implemented jobs entail you may ask? As far as details, we do not know, but here is what we do know. NEVERDIE wishes to make a privatized transport system and in doing so by 2020 all free teleportations via the teleporters scatter across Entropia must be paid for in transport tokens, which will be constructed. This will open some opportunities, a new crafting item, more chanced for private transport hire, and a public transport system, paid for by via a minimum digital wage provided from the transport funds. 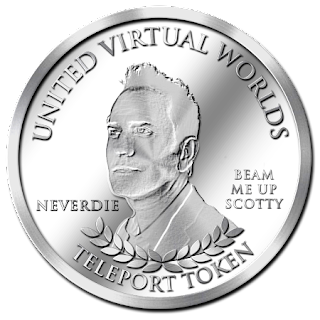 Things start to get a bit hazy over info behind the construction and conscription system. 25% of the funds will used to support the war against AI, which to me sounds like a funky addition to the hunting system, where you can get paid per hour to do protect teleporter constructor and repair teams and kill robots invading the area.

That is not all, NEVERDIE intends to also bring out a public transport share for the new transport system, and to usher in an old concept that was never quite implemented before on Entropia, the stock exchange! People will be able to buy and sell stock in Entropia, and not only in game but in another new app. The details on this are also vague, and it will be interesting to see if this will make an improvement over the already existing auction.

Finally, and the most complicated of all, NEVERDIE wishes to make Entropia cross platform by creating plug ins for games and worlds developed on a variety of graphic engines, including Unreal, Unity and Lumberyard and emerging Augmented Reality applications using HoloLens or Magic Leap that might otherwise stand alone. 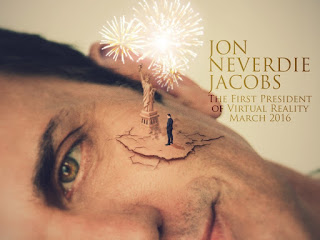 I do not know about anyone else, but feel sorry for the other unknown contenders. I knew for sure that NEVERDIE would win the votes, he is the most well known avatar in Entropia, ever since NEVERDIE became a legend in 2008 for mortgaging his house to buy 'Club NEVERDIE' now known as 'FOMA' and entered the Guinness Book of World Records as the most valuable virtual item ever owned costing $635,000. After a year he had profited on his investment and paid back his mortgaging. NEVERDIE later sold FOMA and established NEVERDIE studios and which is the owner Rocktropia.


Compets: Ten days away until release!

With the release of Compets in just 10 days, everyone is very eager to find out what the game will be like. Mindark have made quite a few comments about Compets during its development, and a ton of information about the game can be taken from the screen shots of the gameplay footage. 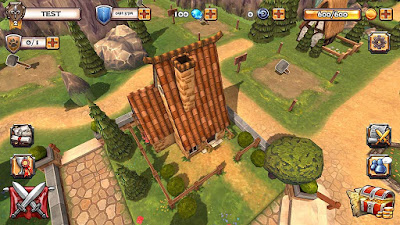 This is the information I know about what we should be expecting. Each player will own their own village which can be raided by other players as stated by Mindark. In the screen shot above we can see the set up and speculate what we can expect. Along the top from the center to the right, we have 3 forms of resources, gems, PEDs and gold. In the top left we have the players rank or level with the protection time from the next raid, under that I would assume to be pets and max pets. The bottom left looks like quests, achievements, and battle. The bottom right looks like statistics, friends and a prize or shop button. Behind this building we can see a building icon in the village, plots can be built. I can assume that one of the buildings will be used to generate gold because of the maximum gold resource at the top. 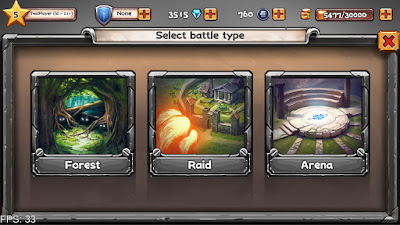 Here we can see 3 types of battle modes, we already know about raiding and arenas, I am going to take a guess that forest mode is like training, fighting wild animals. There is not much I can say about the battle sequence itself, other than it looks to be a turn based arena style game. We have yet to see raid mode and forest mode. 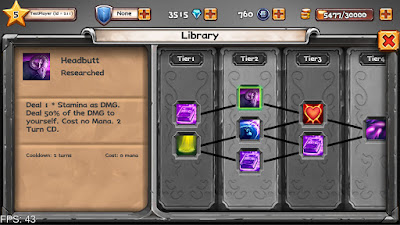 From this image we know that we will be able to buy combat skills from the library in game. We can not tell if this will be a building constructed in game or a menu. But what we can tell is a few of the statistics that the creatures will have in game. Each skill will have a cool down time and some skills will cost mana. There will also be stamina, which seems to be one of the factors to victory. 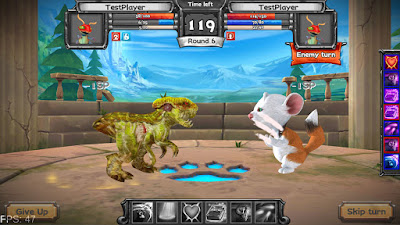 One thing I do know for sure is there are quite a lot of people looking forward to fighting their pets which have followed them around in Entropia for a while. There is not much news about arenas within Entropia but hopefully as soon as the app is released, the arenas should open too! 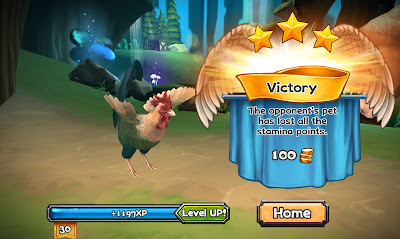 I know some of you have missed me, and its thanks to the people who have spoken to me in game and left comments that I am back here. It is good to be back, and I look forward to writing next months issue and battling some people with spike my pet sapphire devil!