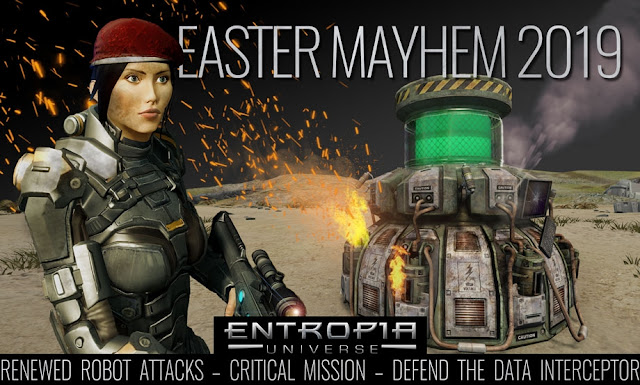 The Calypso Defence Force once again needs your help against the robot enemy!

The last few weeks have seen intense fighting between Robot forces and colonist at numerous locations on the continent Eudoria on Planet Calypso.

The fighting, part of a tactical strike against the robots, has allowed the Research and Development Institute to secure a hackable base matrix node.

In order to retrieve information from the node essentially all that needs to be done is to place an Research and Development Institute data interceptor above it and let the machine extract the information. The robots have already attacked and destroyed several data interceptors in the field.

The Calypso Defence Force needs your help to protect the data interceptor installation!

The Data Interceptor needs to stay intact for as long as possible. The robots are throwing waves of Evicerators, Spider Bombers, Defenders, Warlocks and Warriors against each data interceptor.

The Research and Development Institute cannot stress the importance of this mission enough and are willing to teleport any colonist volunteer from anywhere in Entropia Universe to the data interceptor’s location.

You can select the category in the Global Events window to participate: 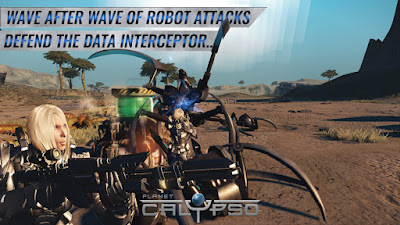 Prizes in Easter Mayhem are awarded in the form of Mayhem Tokens, which can also be looted from event creatures in this and other Mayhem-style events. Mayhem Tokens can be exchanged for exclusive items via the Mayhem Token Trader, located in Cape Corinth, Port Atlantis and Twin Peaks on Planet Calypso.

Mayhem Tokens can be accumulated over the course of several events to purchase more expensive items, allowing participants to make incremental progress toward their desired rewards.