In this month's publication of Entropiazine:
Compet: Deed prices and beta released.
President of Virtual Reality: Complaints about the election.
Hunting Season.

This month has been a mixed month for the Compet game. The release date was held back seven days before the beta testing period of the game, although it is not the first time the date has been held back. In the last week deed prices went up on the web store from 100 to 120 PED per deed, a number of shop owners not knowing would of been a bit slow in reacting resulting in flash sales and at a loss compared to the new market price. Currently the deeds can not be brought from the web store while the close beta is running, the deeds can still be brought on the auction currently around 130 PED each. 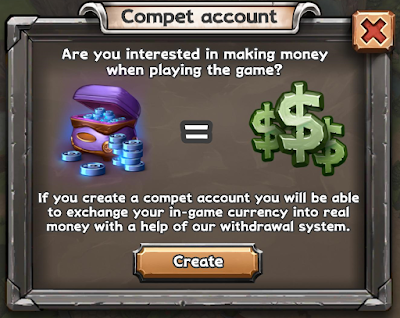 The general reception of the game in beta is quite good overall, and if Mindark marketing goes well, Compet can become a great pet fighting game in years to come. Currently the game has inactive moment when it comes to battling other players, but this is due to the game being in beta and will have a limited user base. There has been a few small complained about equality of battle for newer creatures and the speed it takes for a player to level up their creatures.

Originally it was intended that Compet would be a close beta for the deed holders only, but anyone with the link to the beta game currently has access to it, as it is not currently not linked to Entropia anyone can sign up and play using an email account or Facebook, and a number of places have posted its download link location publicly.

In the ComPet Shop, players have the ability to increase their PED balance through real-cash deposits. Deposited PED can then be exchanged for gold and diamonds in ComPet. Gold and diamonds are ‘soft currencies’: they do not represent real-world monetary value. It is perfectly possible to play ComPet using only the soft currencies.

This month has been a hard month for Jon Jacob Neverdie, many have slammed him and the election process in Entropia, leading many to think this was a self proclamation. Many people in the forums of Entropia have complained about the process of election, complaining that originally all voting process should of been handled in game with the old voting booths and that it was originally intended for deeds holders. Many people question the process and authenticity of the election and many people have complained about the fact that they could not put their money forward themselves to be apart of the process, along with the other two contenders having effectively zero information about their own campaign. 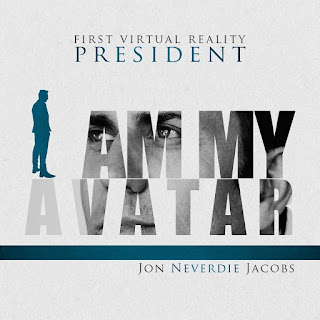 Other than talking to the Entropians, Neverdie has been on a press tour around about his campaign for creating jobs in virtual reality, a small amount of press has appeared about this, but not much in the way of headlining. A number of press articles exist just equally dismissing his claims for virtual jobs as a pipe dream at the cost of the average player.

This month Icarus was overrun by Marcimex deep from underground. The subterranean terrors have never been seen above ground! Sightings have even been reported from as far out as Jurra Plateau and around Twin Peaks. Many people hunted these creatures until they have now returned to their underground lair.

It is just over a month away until the migration season and many people are getting geared up to hunt the Eomons and Longtooths while they migrate. Keep a close eye on CDF pheromone reports of the migration paths. 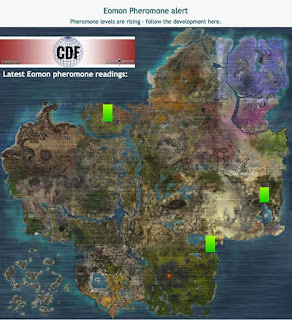