End of the migration season and iron missions

With the Eomon pheromones lowering wildlife will be returning to normal, marking the end of another migration season on Calypso, and with the year grace period up, we also say goodbye to the old iron mission system on planet Calypso. 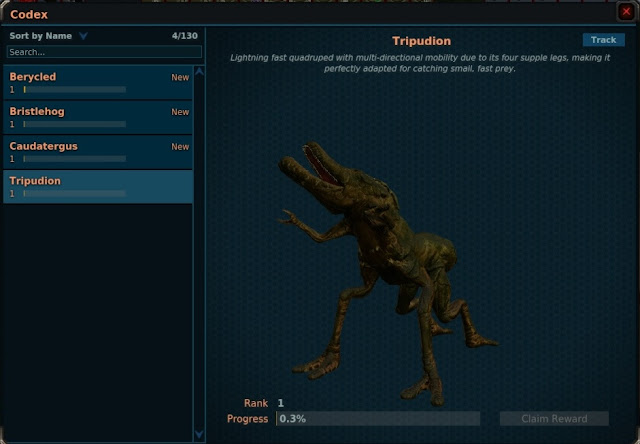 Just over a year ago the new codex system was introduced. Last year it was announced that the old mission system was being replaced by the new codex system, a grace period of one year was decided to allow Entropians to complete both codex and as much of the iron missions as they can before the switch over, this also allowed Entropians to complete last years and this years migration season iron missions.

The old mission system has remained in place, with the removal of iron missions and a few other kill chain quests, keeping storyline missions. The codex will now become the main hub for all hunting challenges and rewards on Calypso.

The future plans for the other planets in the system will be to adopt the new codex system over chained hunting missions. A similar grace period will take place as the other planets move from one system to another.