Event: The migration season is here!

The heightened level of Eomon pheromons detected at the Calypso Defence Force monitoring stations at Oseres, Nymphtown and Fort Ithaca over the last few weeks signify the the start of the majestic Eomon's long and harsh migrate over the plains of the Eudorian continent on Calypso and the appearance of longtooth, the larger cousin of the Exarosaur. 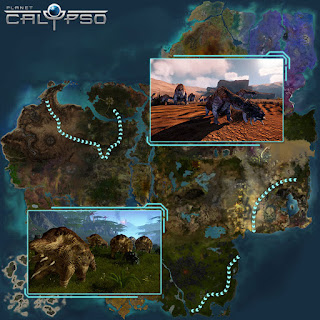 The research and development institute estimates that the migration will start on the 5th July.


Estimated migration paths based on data collected from previous migrations for both the Eomon and the Longtooth species has been released by xenobiologists with the institute.

The Eomon migration begins in the eastern parts of the Eudorian continent in the Minopolis desert region, passing near Ashi before ending in the south near Camp Carter.

Predictions that the Longtooth Migration Path will begin east of Cape Corinth and south of Livas outpost, and end near Fort Ithaca. 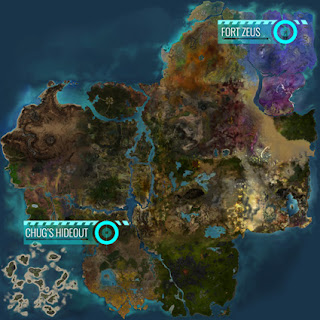 Herds of Longtooths have been appearing in wave and have been reported to be wandering the across continent of Eudoria.

Highly mature Longtooths can be found West of Fort Argus and North of Livas Heights.

If you are a new to hunting and wish to take part in the seasonal hunt, Longtooth Adolescents suitable for the young hunters have been spotted at Chug’s Hideout and Fort Zeus.

Iron, Bronze and Silver missions for Eomon and Longtooth are available from hunting mission terminals at cities, settlements and outposts across Calypso. The Silver mission is a repeatable mission, enabling even the most experienced big game hunters to get an additional reward.


Every Tuesday and Friday EntropiaZine will be releasing updates of the location of the Longtooth and the Eomon as we follow them threw their long voyage across the continent, click here to see the latest updates.
Posted by Felix Zell Shallow at Tuesday, July 02, 2019