Anyone who keep track of Entropiazine will know that back in July MindArk announced that the current mission system will be replaced with a new mission system.

Today the citizens were handed a new Codex system today containing information on the creatures they have killed, along with a new ranking system based on contribution. The bestiary list in the codex will automatically be added when a person makes their first kill with the new system. 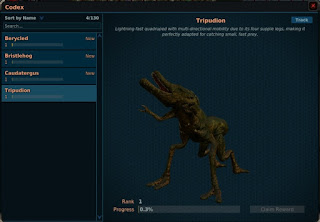 There will also be a period where both the new and old systems will be in place at once, during which kills on qualifying creatures will result in progress on both the old and new system.

The grace period between the two systems will extend approximately one year, if you complete the requirements for the old iron mission during the cross over period, you will receive the usual reward, but you will not be able to begin the next mission of the old system.

When the one year cross over period has elapsed, all missions from the old system will be disabled for all participants. Progress will no longer be possible for the missions, and uncompleted missions will not provide any rewards.

In other news today, we also see the release of the ability to sell shares in the shares system. Right now people are buying and selling shares in the new system. 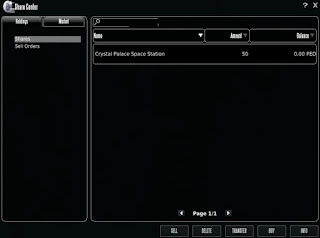 Back in May Crystal Palace Shares was released to the public, being the first land area to implement the share system.

500,000 shares are available shares equalling to 100% of the Crystal Palace's land area and was originally sold for 10 PED or $1.00 USD each. All the shares were sold in less than 3 days.

Currently the price of each share is around 17.50 PED, but we can not predict if the price will raise or fall. The revenue from the shares have an average of 0.01 PED each per week, payed every Monday.