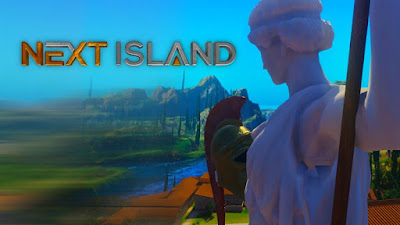 Next Island has announced a redevelopment of Ancient Greece and the release of Ancient Greece shares. The shares are the second to be listed on the exchange at an initial cost of 10 PED per share. 750000 shares represents 50% of Ancient Greece, 100% of the revenue is to be shared between the share holders. The dividend payout will happen every Monday at 00:00.

There has been a complete overhaul to Ancient Greece, the terrain has been terraformed to improve previously underdeveloped areas, and the teleporter network has been redesigned. The terraforming has cause previously inaccessible resources to shift closer to the surface.  A number of auctioneers have set them selves up and new terminals have also been added. Ancient Greece is accessible through the Orpheus Cave teleporter on the planet Next Island.

21 new unique blueprints are now available along with the ability to upgrade the Gorgan Armour. 2 new missions chains are now available, containing treasure hunts, kill-point missions, crafting objectives, mining runs, and more of an in-depth storyline. 3 New unique bosses have been added, and 8 creatures have been graphically reworked.
Posted by Felix Zell Shallow at Wednesday, March 11, 2020