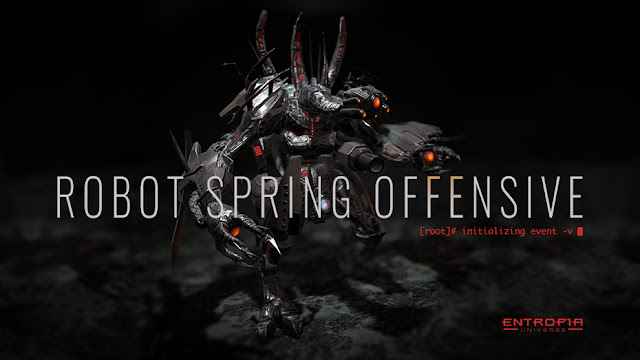 The Calypso Research and Defence Institute has released a report stating there has been an increased in activity in the robot subterranean base matrix network and increased communication activity between robot dropships above Eudora on Calypso.

The report suggests that the robots are amassing their forces for another offensive, the robots are primarily targeting the settlements at Camp Phoenix, Cape Corinth, Camp Icarus, Chugs Hideout, Fort Ithaca, Fort Pandora, Fort Troy, Minopolis and the robot main base at Hadesheim.

The robots with the lowest threat level are targeting the area around Camp Icarus, while the more heavily armed robots are focused on the other targeted locations.

The Calypso Research and Defence Institute has advised to take precautions in regard to both armour and weapon selections and advice that forming teams with other colonist will also allow for effective engagements against the heavier robot forces.

Further information regarding the intention of the attacks are yet still unknown.
Posted by Felix Zell Shallow at 3/14/2020 06:48:00 pm