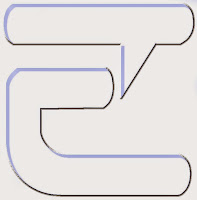 Last month MindArk conducted a public question and answer session on the Calypso Forum, a lot can be speculated from these posts about updates we might expect in the futures.

I have highlight some of the responses to these questions which would indicate the current future of Entropia behind the scenes.


One response to a general auction question about copying links on the auction has lead me to suspect that auction window will likely be updated. MindArk official Dennis responded with:

"This is a good suggestion and something we plan to include in a more general update to the auction interface."


MindArk official Magnus stating to a response to the question "What would you be asking for if you were on our side of this?"

"With the auction system being such a central part to EU what are your plans in modernising it?"


These comments by MindArk have led me to believe that a part of this interface update currently ongoing, we are likely to see a change in the auction interface, and maybe even changes in how the auction process is conducted.

Many may have noticed that the society terminals have been removed and have been replaced with the F11 key (Current Default). MindArk Official Dennis said,

"We do have quite a few plans to implement new features for the Society system, several of which were inspired by suggestions from the community. Unfortunately we cannot give any time projection on when those might be implemented."

MindArk Official Henrik discuses plans to expand in 2019 with the hiring in new staff:

"We plan to increase the number of employees at MindArk during 2019. This will allow us to focus on more projects and delivery them more quickly and at a higher quality."


With many of the side projects developed by MindArk, being put on hold or cancelled and refunded, like Deep Tokens and ComPets, Henrik has stated,

"MindArk has renewed its commitment to focus its resources exclusively on Entropia Universe for the foreseeable future."


On further questioning about the ComPets Deeds and the state of ComPets, if it is actually suspended and still capable of producing revenue for ComPet Deeds holders in the future, Kenrik said,

"As stated in the message to all ComPet Deed holders, there is no ongoing development with ComPet; any revenue it does generate is being accumulated for a later payout but this is expected to be quite small."

Currently a few players have been asking if the MindArk had any intention of updating the game engine, Henrik responded with

"There are no immediate plans to move Entropia Universe to a new game engine, but we do of course keep ourselves informed of the latest developments in the game engine scene."


With the last major graphics engine update leaving many people behind on hardware compatibility and with the intense internal changes to the code that would be required as they adapt Entropia for the new engine, this would not be a viable option for MindArk. The cost and time involved could be spent dealing with current issue, and am personally glad they have responded this way.

In the not so distant future expect to see more events and missions based around the lore of Entropia, Henrik stated

"We do indeed intend to put more emphasis on lore and storyline. In fact, we have a dedicated Game Writer and all-around loremaster (James|MindArk) who has been heavily focused on the Calypso storyline for quite some time now."


Dennis goes on to describe in a number of replies the details of changes that was applied during the loot 2.0 update and the flexibility that it will provide the content team.

"Our development team was focused on big structural changes and design for the Mayhem events, as well as the release of Loot 2.0 along with general stability improvement for the client and platform. Now with those projects in place our team will have more time for content development. We have also added more resources to the content team and this is something you will notice in 2019."

"In the past there were technical limitations to shared mission progress when teaming, however this is now possible for new missions with the contribution-based features seen in recent dynamic events and Mayhem quests. Our plan is for new missions to utilise this system. Loot 2.0 also gives us more flexibility with item and creature parameters, so look forward to some exciting new items and content in the future."

Loot 2.0 was stated by Dennis does not deal with mining or crafting, and only deals with hunting loot, but mining and crafting stability is constantly being updated.


As already mentioned, a number of new things are expected to be released for crafting in the near future, that is clear, but we are also likely to see more mining events.

"We are actually currently working on a mining event that will happen alongside Easter Mayhem, stay tuned for more info soon!" 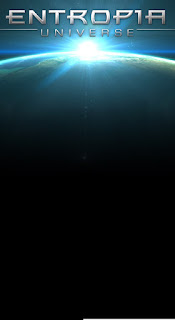 Henrik mainly answered questions pertaining to space, starting off by apologising for premature announcement of features,

"Development of space in Entropia Universe has certainly progressed much slower than we have wished or anticipated in the past, which led to premature announcement surrounding potential space features or other design plans. We understand that this has led to frustration within the community, and we apologize for that."

With the current camera update, any further development might be delayed due to the tweaking of this, as this is currently the main thing that effects most of the users currently, but MindArk is likely to be looking into updating space drastically in the future.

"Our vision for space is one in which there is a healthy and vibrant interplanetary economy between the various planets and space entities. We also envision space-specific content, but we are not prepared to share specific plans at the moment."


Even though specific plans are not publicly outlined, Henrik did let slip some information,

"We do plan to ultimately add space ships within different classes and with additional functionality, but that would be part of a larger Space release."