The robots are at it again on Calypso, The Calypso Defense Force (CDF) have identified Attacker, Big Bulk, Defender, Spider Bomber, Steel Bird and Vanguard robots amongst the ranks of the attacking forces. 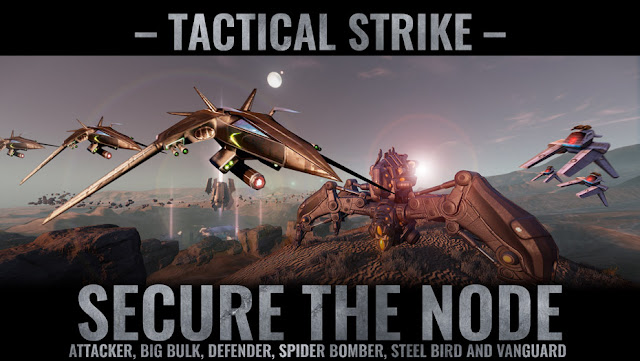 The Calypso Research and Defense Institute (RDI) has identified several areas on Eudoria that needs to be secured as they are critical to the robot war effort.

The RDI’s goals have been to gather intelligence that would allow the CDF to secure and gain access to one or more base matrix nodes in order to retrieve information about the robot force’s strategies, strength and numbers.

The RDI made a breakthrough in its research and transferred a list of possible base matrix node areas to the CDF. However, this transmission was intercepted by the robots, and just hours later robot reinforcements have been sent to assemble at the identified node areas.